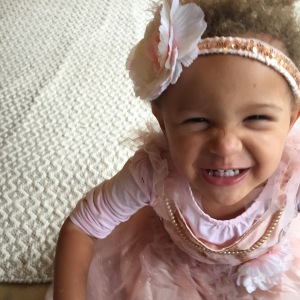 I have found that I am a lazy parent. I say this lovingly about myself. Perhaps my parenting speaks about my whole approach to life. I am not really sure. I will say — it has worked out okay so far, I hope?

See I recently wrote about how I had enough of the paci-fairy suggestions. In reality, this is probably a great strategy for most people. Probably, the same people who can potty train their kid in 3 days, weaned their nursing toddler with a book and had their 2 month old sleeping through the night and avoided toddler meal time battles with a cute song. This, however, is not me. Often at 4 AM when I am doing the Nola to Flynn bed shuffle, I wish this was me. I also wish it was me every time I have to wrestle Nola just to change her diaper or chase Flynn around a restaurant table. But, it is not. I google, I read, I may even say I am going to try this starting on Monday. But my follow through is just plain awful.

For you less lazy parent’s out there with a backbone and follow through, I commend you. Like no sarcasm, seriously, nice work. For those of you more on the Theresa Boone laissez faire approach, do not fear – your kid will (most likely) hit those milestones and sometimes sooner than you thought. As a matter of fact, it will really feel like you woke up one day and it just magically happened. For us laissez faire parents here are a few examples to give you some peace of mind as we wonder if we are raising future Scott Disicks.

Flynn vs Diapers: I offered a potty to him. Made it somewhat fun. He was into for a bit (jelly beans were a real incentive) and then once I ran out of jellybeans – he ran of interest. (And I ran away from my half-assed strategy mid strategy) So, I didn’t fight it, threw back on the diapers and waited. I’d mention it here or there, but nothing serious. We’d talk about when he uses the potty this will happen or that will be easier, but again it was casual conversation. Then one morning, he told me he didn’t wear diapers anymore. And he didn’t. Now, it wasn’t like we stopped packing extra undies/pants and didn’t have some issues with constipation, but those hiccups would have happened even if we took a more structured approach. He was 2.5. 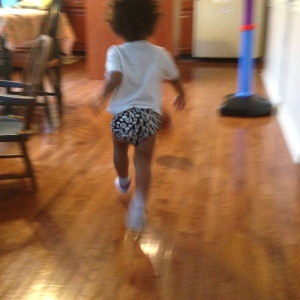 Nola vs Boobs: Friends it has happened. Nola has not nursed in weeks. Some of you might be like crap isn’t that girl about to be two… yes, yes she is. Many of you might also be like uh, didn’t she go away for work in July and thought that would be the time. Yes, friends, I did go away. And that helped. Except she wasn’t ready. She was super clingy, would cry at night and I just felt like she was confused and hurt. So I nursed her, but only for a nap, at night and at 5 AM to get her back to sleep. However, after that was going great for a few months, Nola returned to all night nursing. Like sleep with boob in mouth Nola. She also stopped using it to fall asleep and would pretend to want to sleep just to nurse. Then run out of the room for a few hours of dancing. So I started saying No more, she’d fake protest and then eventually we were done. She asks now and then, but then I say they are broken and she tells me to cuddle her as she proceeds to try to fit herself back into my womb. Gals got issues, but she’s officially off the sauce. She was 23 months.

Flynn vs Paci: This one had me nervous. Every time I would try to wean him slowly from the thing- he grew more attached. Then we moved and I felt bad for him. He was sad. I started to think I would have to leave town and have someone else deal with the paci withdraw. Maybe stage an intervention where I am the enabling parent buying him new pacis and everyone turns on me. Whatever the case, we “lucked” out here. Flynn got sick, sores in his mouth, paci hurt, he didn’t want to use it for a week. Paci went bye-bye. Sure he still asks, but there hasn’t been any screaming crying like he is dying inside. There also hasn’t been any napping. 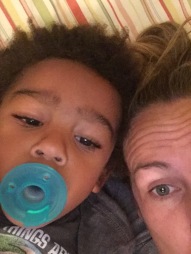 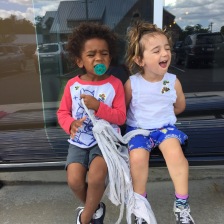 Flynn vs Food: Flynn is generally a good eater. He likes lots of things and isn’t afraid to try new things. He also hates sitting down and eating when everyone else is eating. Some days it seems like Flynn has eaten nothing, will beg for PB&J for multiple meals and is going to die of malnutrition in a matter of minutes. Actually, this sometimes goes on for days. To the point where I start to get nervous and head to my friend Dr. Google Sears. However, right after this happens he scarfs down a healthy meal and asks for seconds. We have not engaged in the table battles as of yet, but we also don’t have a kid who is the best to take to restaurants or dinner parties or any place you want him to sit and eat with a crowd. From a social standpoint – perhaps we need to stop being so lazy, but from a nutritional standpoint as long as no one is sneaking my kid snacks – he eventually gets hungry and he eventually eats healthy meals – multiple healthy meals. I may also throw in a PB&J here and there (and everywhere) just because I avoid tantrums. Like I said I am a lazy mom. 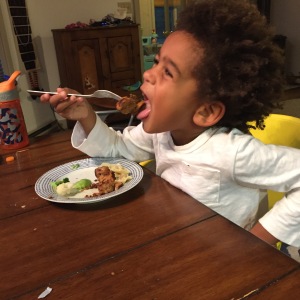 {This blog post was sponsored by an episode of Paw Patrol. Okay maybe not sponsored, but written thanks to Paw Patrol.}